Space development is heading for new generations of small satellites, tiny as shoeboxes, in vast numbers. They will be powered with software applications that execute tasks directly onboard, similarly to what you presently find in datacenters on earth. Unibap’s technology is also finding its way into the production industry.

Uppsala based Unibap´s unique position is verified by a recent order for 25 SpaceCloud computers from the US National Aeronautics and Space Administration (NASA) and several orders from the European Space Agency (ESA) to evolve the SpaceCloud infrastructure and perform business validation.

Software and hardware in space cannot be shielded from the space environment radioactive radiation coming from the sun and other places in our galaxy. Highly energetic protons penetrate the spacecraft and cause data bit upsets, i.e. change any digital value in memory from 1 to 0 or vice versa. Unibap’s computers correct for these data corruptions.

Unibap holds the key in space

What makes Unibap’s computers unique? Co-founder Fredrik Bruhn explains: “In space, there are usually three versions of a program. If something is changed by radiation a ‘voting procedure’ takes place. If two versions agree, then they are regarded to be correct. We also check every line in the program for alterations, and if more than two bits are changed, we analyse them to detect what is wrong.”

Up until February 2021 the CEO of Unibap was Fredrik Bruhn. He has an academic background, has been a guest researcher at NASA and also co-founded several companies, of which two have gone public. Unibap has grown to a size of 30 employees and is listed on Nasdaq First North Growth Market.

The recent appointment of new CEO Anders Blomberg marks a more mature phase for Unibap. With his industrial background, Anders Blomberg adds to the skills of the founders. Recently, he was the Manging Director of Crane Currency, and before that an industrial consultant at Accenture.

“What Unibap does is mind blowing. We are frontrunners in space and bring our computing to the edge of productions lines here on earth. We are breaking new grounds and the company has a huge potential,” says Anders Blomberg.

Today, most data that is collected in space is processed back on earth. In the SpaceCloud, however, satellites communicate to exchange data and perform different tasks in near real time onboard. Satellites can have a variety of sensors, including cameras and radar, and host processing resources for artificial intelligence. When they send low-latency data back to earth, they often relay to another satellite that is part of a satellite communication network. SpaceCloud is compatible with radios and optical communication infrastructure for mesh networks.

”We don’t make satellites, but build strategic alliances with organization that do. We are the space equivalent of Ericsson, a provider of networks in which a large number of devices can be used, and we make sure that the information they transmit to earth are relevant. Today, only 1 percent of all downloaded data is actually used, while 99 percent is not,” explains Anders Blomberg.

According to Unibap’s estimates, up to 47 000 satellites will be in orbit soon. For instance, Elon Musk’s Starlink has already placed 1 300 spacecrafts in orbit to provide internet in rural areas.

It was just announced that D-Orbit, an Italian company, will use Unibap’s computers on its space logistics platform ION, which will consist of a network of small satellites. The goal is to demonstrate possibilities and gain experience of artificial intelligence applications with extremely low latency, with actionable information delivery to a customer under 3 minutes from acquisition.

One question to ask in this context, is how SpaceCloud will connect with the vast computing power in earthbound clouds. Since the end of 2020, Unibap is a member of Amazon Web Services (AWS) partner network, and works to integrate AWC´s cloud-, storage- and edge solutions with SpaceCloud. Tests and validations are set to take place during 2021.

With more small satellites in place, the market is estimated to amount to 3,5 billion Euro in 2026.  Unibap’s income in this segment is presently directed for research and exploration and estimated to around 1 million Euro this year.

Industry presently stands for around half of Unibap´s income. On earth, it is obviously not the radiation safety that is Unibap’s main selling point, though the robust design can make the computer suitable for harsh environments. It is rather Unibap’s digital savvy and experience in machine learning and image processing that lie behind the company’s offers.

Images contain a large amount of data, and cloud solutions do not provide suitable visual control of continuous production. Unibap’s Vision Platform (IVP) combines cameras, computing on site and machine learning. With IVP, control data can be fed back to production parameters, providing input to fine tune the process. The cloud on the other hand is suitable for storage of production data that can be analyzed and shared between factories in the same company.

By implementing their digital solution, Unibap aims to streamline production, minimize the environmental effects and create an attractive workspace.

”Providing a robust platform that is not affected by surrounding deviations, but continue to function online, is extremely important. A processing industry cannot stop running if, for instance, a quality assurance device breaks. Our system will automatically make the necessary adjustments. This, combined with our expertise in interpreting signals from cameras and sensors, supply the basis for correct decisions”, Anders Blomberg explains.

Application areas include biotech, agriculture and industrial painting, but also metal parts that are secured against a CAD drawing or sand cast.

Pilots that are up and running

SweTree is a research company owned by the Swedish forest industry. It uses a technique called embryotic production to grow a large number of plants from one single item. Unibap is already checking and classifying plants and has just received a second order for the pilot. The industry is expected to start large scale production.

Assars Industry is a Swedish contract manufacturer that offers lacquering for the industry. Last December, Unibap received an order from Assars for an IVP unit for quality control based on machine learning.

Husqvarna is an international company producing automated lawn movers, where painted pieces in the production line require visual inspection. Unibap has installed a system for inspection consisting of cameras trained with machine learning and a robot. Precision has increased and the staff has been relieved from a tedious and tiring task.

All-in-all, the potential for Unibap’s solutions is substantial. However, what is now one of its kind in space will not be so forever.

“In a few years someone with enough resources will have developed something similar,” Fredrik Bruhn says.

When it comes to space and satellites solutions, revenues are increasingly generated from Unibap’s hardware and from license fees for the company’s software. The revenue model for the industry sector includes project delivery, with system design, hardware, and AI annotation and training. Reoccurring revenues will come from license fees and support services. By cooperating with providers of industrial systems, Unibap can take a short-cut to scaling up its business.

“We have quite a few possibilities to expand our business. Currently, the management and board are evaluating different strategic alternatives,” concludes Anders Blomberg. 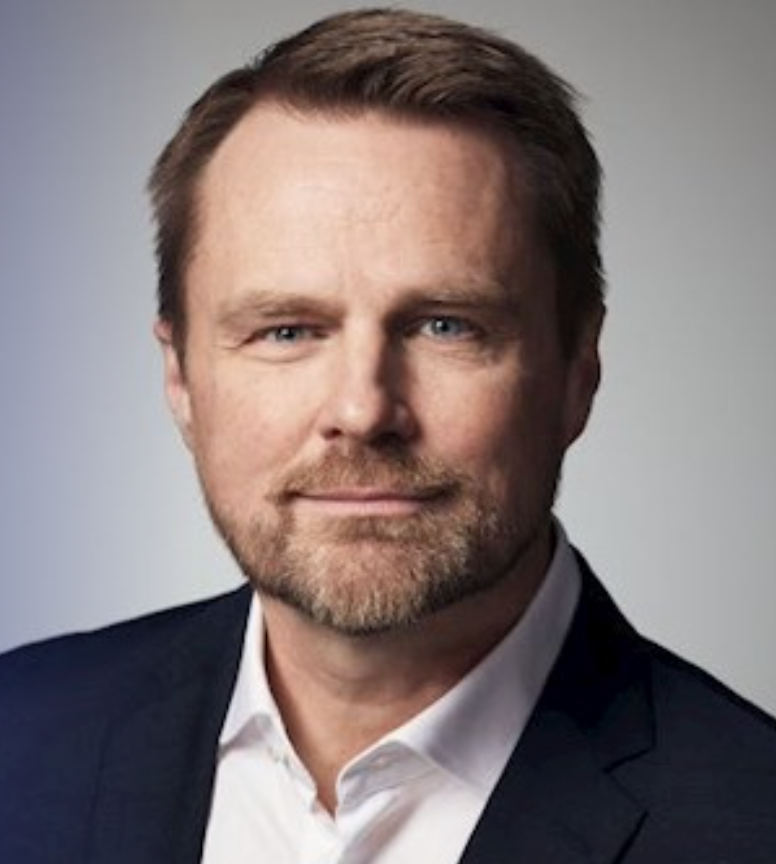 Unibap specializes in actionable insights, data management and global awareness for smart industry and space industry. They harness the power of applied artificial intelligence to offer artificial industrial operators and efficient low-latency data management on space assets. The SpaceCloud solution is enabled by powerful radiation tolerant computers allowing for rapid development and deployment of smart applications and internet of things in space.